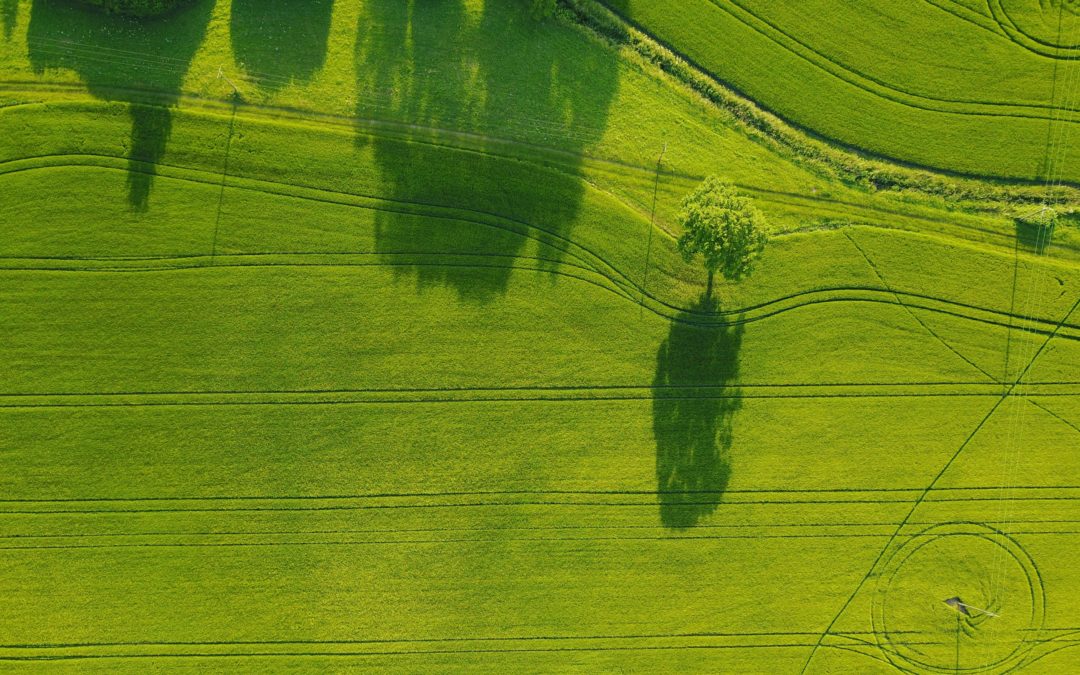 Since the inception of the green bond market, there has been a debate around the concept of a green bond yield discount, or ‘greenium’. ‘Greenium’ is the idea that issuers are able to obtain a cheaper cost of funding by issuing debt with a specified ‘use of proceeds’ that have positive environmental and/or social impacts as compared to traditional bonds. If this were true, an investor with a preference for green bonds would need to accept a lower yield for an otherwise identical security from the same issuer. Such a yield differential between green bonds and conventional bonds would imply limits on the ability of an investor wishing to allocate capital to green bonds to produce the same mainstream risk-adjusted returns as an investor with no preference for green bonds.

As bond yields can be affected by many factors, it is challenging to isolate the singular effect of a green label. Seniority, structure, size and liquidity can all contribute to differences in yields between two bonds from a single issuer with the same rating and maturity. For example, a green bond issued by a given entity is likely to be smaller and less liquid – a phenomenon that was particularly true in the green bond market’s early years – and therefore investors could in theory command a higher yield in order to compensate for this illiquidity. Alternatively, a supply/demand imbalance could drive a scarcity premium if there is sufficient interest, where investors may accept a lower yield on a smaller bond issue, relative to other more liquid securities from the same issuer.

One of the main arguments against the existence of a greenium is the possibility for arbitrage. For an individual issuer with two outstanding bonds, one green and non-green, if there were a difference in yield caused solely by the green label, one would expect an indifferent investor (when it comes to the use of proceeds) to be able to take advantage of this difference in yield, assuming all else being equal.

The growth of the green bond market, the increase in the number of market participants, and the availability of data has led to growing scrutiny of the greenium question.

What does the research suggest?

There have been numerous studies since the inception of the green bond market which have attempted to determine the existence of a greenium, and how it may vary across different sectors and currencies.

Some earlier academic studies that attempted to determine the existence of a green bond premium are from Nanayakkara and Colombage1 (2018), Preclaw and Bakshi2 (2015), and Baker et al.3 (2018). These studies found a green bond premium to exist in the samples assessed from 2015 onwards, with the latter showing that the yields at issuance for green bonds were approximately six basis points below yields paid by equivalent conventional bonds. Zerbib4 (2019) showed that, on average, the green bond premium was 2 basis points for the entire sample surveyed (predominantly EUR and USD bonds), and that this was more pronounced for financial sector and low-rated bonds.

Other studies, for example Karpf and Mandel5 (2017) and Hachenberg and Schiereck6 (2018), have a contrary finding on the sign of the premium or even no significant difference in yields, although the study from Karpf and Mandel was focused mainly on municipals. Östlund7 (2015) also found that the green bonds in their sample were traded at higher yields relative to their conventional counterparts and did not discover any evidence of a green bond premium.

However, it must be noted that most of these studies relied only on a limited set of bonds issued before 2017 and 2018, and some do not take relevant bond characteristics, such as currency or issuer, into account. With the market growing dramatically in the last few years, more data has become available.

Comparing 640 pairs of bonds, Larcker and Watts8 (2020) found virtually no difference at all in yield terms between green and non-green issues. The overall difference in yield was a relatively insignificant 0.45 basis points. For 85% of the pairs, in fact, investors received exactly the same yield. Another study, conducted by Bachelat et al.9 (2019), found that green bond yields were higher for Supranational issuers, yet found evidence for the existence of a greenium in the corporate issuers that were sampled.

Kaprauns and Scheins10 (2019) conducted a study of 1,500 green bonds and their non-green counterparts with regard to their yield in the primary and secondary market, discovering that in the former there was a consistent greenium seen in the bonds issued by Supranationals, Sovereigns, and Agencies, as well as for corporate issuances of very large sizes. They inferred that these bonds were likely to be seen as more credible in terms of implementing the underlying green project. They concluded that an investor would be willing to pay slightly more for a green bond if its label was certified by a third party, or if the bond was listed on an exchange with a dedicated green segment and tight listing requirements. This premium, however, varied across currencies and issuer types and over time. In contrast, in the secondary market they found that the green bonds were trading at slightly higher yields relative to their counterparts, except for those issued by governments and supranational institutions.

It is worth noting that given the large sample size for both the Kaprauns and Schiens and Larcker and Watts studies, it is likely the criteria for matching the green and non-green bonds were more lenient than in other research.

Finally, a recent study11 conducted over two years, led by Thierry Roncalli at Amundi, found that a greenium existed in the reviewed sample, and that it varied between 2.2 and 4.7 basis points.

This seemingly contradicting set of results from the various studies, whilst individually having high statistical significance, could be explained by the difference in models, methodology, and datasets used in each study, particularly when it came to identifying green and non-green pairs. Instead of using entirely identical pairs due to data constraints, most used interpolation and/or regression analysis in order to create simulated yield curves. These yield curves are also static and may not take into account changes in the yield curve caused by both market fluctuations and additional issuance when measuring the green bond premium at different moments in time.

One other potential cause for any yield difference could be the increasing demand for green bonds from both ‘brown’ and green investors alike. Recently, the UK hotel owner Whitbread received over £5.3bn of orders for €550m of issuance in the form of a multi-tranche green bond12. This is just one recent example of the level of oversubscription for new green issues seen in recent years. Whilst this will have been influenced by a multitude of factors, it is particularly of note due to the negative impact of coronavirus on the real estate sector. Inaugural green bonds from well-known issuers can cause a flurry of interest from a wider range of investors, impacting the pricing and the issuers ability to tighten the new issue yield spread further.

Green bond pricing could also be influenced by the rise of ESG investing. The rapid growth in demand in recent years has not been consistently matched with the pace of green bond issuance.

The green bond market has grown rapidly since its inception in 2008, with more than $300bn of green bonds being issued last year compared to only $50bn in 201512. This trend is expected to continue, with SEB predicting that almost $500bn of green bonds will be issued by governments and companies in 2021 alone – helped in part by the EU’s commitment to issuing green bonds as part of its $750bn COVID-19 recovery plan13. Despite this dramatic increase, issuance is still yet to catch up with investor demand.

When considering the existence of a green bond premium, the next question would be to consider how specific or general is this premium. It is possible that this premium is specific to a narrower set of issuers/sectors at a given time, as opposed to a general yield premium that exists as an average over the whole market. The former conclusion would seem more logical than a more generalised premium.

Erlandsson (2020)14 goes one step further and uses twin bond pairs issued by Unibail-Rodamco, Apple, and EIB, in an attempt to quantify the yield differential between a green bond and its traditional counterpart, adjusted for any differences in volatility between the two assets. If a green bond premium does exist, could it be justified by a lower volatility in the green issue? The conclusion reached was that on average over the whole time period, from January 2017 to April 2020, the green bond exhibited lower yield volatility in each scenario.

While the Erlandsson study employs a novel technique and is the only study to date to focus on yield volatility of green bonds, a drawback is its analysis of only a few issuers. Given the requirement for pairs of green and non-green bonds with almost identical characteristics, the data set available will be limited. Further research, utilising multiple issuers from different sectors and regions, would help ensure a more robust conclusion.

The Climate Bonds Initiative (CBI) has published dedicated research pieces over the past 5 years that have attempted to quantify the existence of a green bond premium from the perspective of a practitioner. The research is limited to the most liquid part of the market, and so consists of only EUR and USD bonds. The criteria used to find comparable bonds are much more restrictive compared to academic studies. Only bonds issued in a very narrow date range either side of the green bond issue can be used as a comparable vanilla bond – no interpolation is utilised. In their latest study for H1 202015, 5 out of 21 new green issues priced inside their yield curve, exhibiting a greenium. In the immediate secondary market, there was evidence to suggest that 63% of the new green bonds had tightened more than comparable vanilla bond baskets over the first 7 days, and 59% had tightened more after 28 days.

The latter analysis is an indication that green bonds perform better in the secondary market relative to their vanilla counterparts. If this were true, it might provide some further justification for the existence of any greenium in the primary market – a portfolio manager might be comfortable paying slightly more for a green bond at new issue if it is likely that it will tighten more post issuance.

Upon review of available data, the evidence behind a pervasive, market-wide greenium remains inconclusive. However, it is plausible that greeniums can arise in specific segments of the market at certain times.

While the jury may still be out on whether an overall greenium exists, it is important to note that there are more factors at play for investors seeking mainstream risk-adjusted returns with positive impact. The most recent Erlandsson study shows how any premium on a green bond could be offset in whole or in part by a lower volatility relative to its conventional counterpart, and the CBI research piece referenced above also highlights the idea that a greenium could be justified by stronger expected performance in the secondary market relative to similar traditional bonds.

The continued increase in both the size and diversification of the green bond market will help balance out the lack of supply relative to demand, which is likely to reduce the existence of greeniums in specific corners of the market.